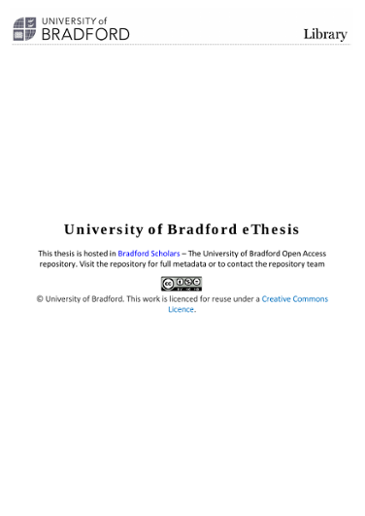 The entire epidermis of patients with vitiligo exhibits accumulation of up to 10-3M concentrations of hydrogen peroxide (H2O2) (Schallreuter, Moore et al. 1999). Over the last decade our group and others have focused on the effect of H2O2-mediated oxidative stress on the function of many proteins and peptides due to oxidation of target amino acid residues in their structure including L-methionine, L-tryptophan, L-cysteine and seleno cysteine (Rokos, Beazley et al. 2002; Gillbro, Marles et al. 2004; Hasse, Kothari et al. 2005; Schallreuter, Chavan et al. 2005; Spencer, Chavan et al. 2005; Chavan, Gillbro et al. 2006; Elwary, Chavan et al. 2006; Gibbons, Wood et al. 2006; Schallreuter, Bahadoran et al. 2008; Shalbaf, Gibbons et al. 2008; Wood, Decker et al. 2009). Moreover, it was shown that patients with vitiligo possess up regulated wild type functioning p53 protein in their skin (Schallreuter, Behrens- Williams et al. 2003). The reason behind this up regulation has remained unclear (Schallreuter, Behrens-Williams et al. 2003). Therefore the aim of this thesis was to get a better understanding of these puzzling data. Along this project different techniques have been used including Western blot, dot blot, immuno precipitation, immuno fluorescence, EMSA and computer modelling. In this thesis we confirmed the previous result on up regulation of p53 in vitiligo and we showed that p90MDM2, the master regulator for p53 protein is not different in patients and healthy controls. Therefore we decided to test for expression of p76MDM2 which mediates the inhibition of p90MDM2-p53 binding. Our results show for the first time the presence and over expression of p76MDM2 protein in vitiligo compared to 3 healthy individuals. This result could provide an explanation, why up regulated p53 is not degraded in this disease. Since epidermal H2O2 accumulation has been extensively documented in vitiligo, we wanted to know whether other ROS could also contribute to the overall oxidative stress in this scenario. Therefore we turned our interest to nitric oxide (NO) and its possible effects on p53 protein. In order to elucidate this role in more detail, the expression levels of epidermal nitric oxide synthesase (iNOS) and the oxidation product of NO and O2 - i.e peroxynitrite (ONOO-) were investigated. Our data revealed over expression of iNOS and nitrated tyrosine residues, the foot print for ONOO-. Moreover, we show for the first time the presence of abundant nitration of p53 protein in vitiligo. In addition using purified p53 from E. coli strain (BL21/DE3) and mutant p53 protein from HT-29 cells (colon cancer cells), we show that nitration takes place in a dose and time dependent manner. On this basis we investigated the effect of both H2O2 and ONOO- on p53-DNA binding capacity employing EMSA, since this is the most acceptable technique to follow the binding between proteins and DNA. Our results revealed that ONOO- abrogated p53-DNA binding capacity at concentrations >300 ¿M, meanwhile oxidation of p53 protein with H2O2 at the same concentrations does not affect binding capacity. Importantly, a much higher p53- DNA binding capacity was observed after exposure to both ONOO- and H2O2. Taken together, p53 is regulated by both ROS (H2O2) and RNS (ONOO-). Next we identified the presence of phosphorylated and acetylated p53 in vitiligo. Phosphorylation of ser 9 and ser 15 residues of the protein are associated with over expressed ATM protein kinase, while acetylation of lys 373, 382 residues correlates with increased PCAF expression. We show that up regulated p53 is associated with over expressed p21 (cyclin dependent kinase inhibitor 1) and induced PCNA 4 expression. Hence, we can conclude that p53 in patients with vitiligo is up regulated, activated and functional. Finally we show up regulated BCL-2 supporting the long voiced absence of increased apoptosis in vitiligo. Given that patients with vitiligo have no increased risk for solar induced skin cancer and increased photo damage (Calanchini-Postizzi and Frenk 1987; Westerhof and Schallreuter 1997; Schallreuter, Tobin et al. 2002), despite the presence of increased DNA damage as evidenced by increased 8-oxoG levels in the skin and in the plasma, our findings suggest that both p53 and PCNA provide a powerful machinery to mediate DNA repair via hOgg1, APE1 and DNA polymerase ß (Shalbaf 2009). On this basis it is tempting to conclude that DNArepair is the overriding mechanism to combat oxidative stress in this disease.